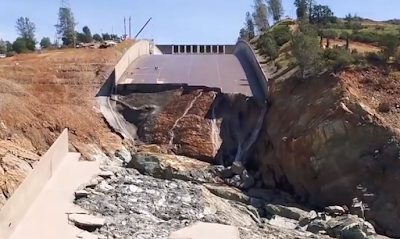 
Citizens Helping Officials Respond to Emergencies (CHORE) is adding Coronavirus Disease (COVID-19) to the list of emergencies we’ve examined since CHORE was launched nearly 14 years ago.

CHORE’S goal has always been improved emergency communications, and its recommendations stem from the writer’s personal experience as a five-decade communicator. We’ve written here and elsewhere on communications failures during and after tsunamis, earthquakes, and wildfires and have used Lessons Learned to propose improvements.

Historians will fill books on the communications response to COVID-19 – who excelled, who didn’t, what worked, what didn’t. Most commentators seem to agree that New York Governor Andrew Cuomo is COVID-19’s “Patton.” His daily briefings are been masterful. Alas, nobody has yet emerged as this illness’s “Eisenhower.”

Gov. Cuomo’s has been urging flexibility in governments’ response to the virus crisis. That’s good advice, and going further, CHORE advocates ignoring communications protocol if necessary to get the job done. Here’s an example:

On February 7, 2017, Northern California’s Oroville Reservoir was forced to release so much water after a series of storms that water damaged the dam’s concrete spillway. With the spillway in bad shape, CA Department of Water Resources managers allowed the reservoir to fill to its maximum capacity.

With water continuing to drain into the reservoir from the watershed, Oroville’s emergency spillway was used for the first time ever. The unlined earthen spillway soon began to erode, and on February 12, the local sheriff issued an evacuation order for Oroville and nearly 200,000 people downstream from the dam. (For the Sacramento Bee’s video compilation of the emergency, click here.)

PAO personnel gathered at DWR’s headquarters in Sacramento had a decision to make that evening – hope the ICT would set up in a new location and resume its normal function, or take on that function itself.

Incredibly, DWR’s PAO leadership seemed paralyzed and unable to “break the rules” by ignoring the ICT protocol. This writer and another member of the PAO team argued that the PAO had a responsibility to keep the public informed of the dam’s status and couldn’t ignore media requests.

Eventually, our strenuous advice was accepted, and we put to rest the widespread fear the dam was about to wash away. Here’s the entire text of the Daily Activity Report that we transmitted to senior DWR and State of California leadership early the next morning:

DAR FEBRUARY 13, 2017  1:29:32 AM PST
DWR: Oroville Auxiliary Spillway Emergency
Elements of DWR’s Public Affairs Office fielded dozens of calls Sunday evening and early Monday and responded to inquiries about the Oroville auxiliary emergency spillway from radio stations, television stations, and newspapers across the state and nation seeking information to satisfy the needs of their listeners, viewers, and readers. A key message point passed to the media late in the evening was that the lake’s level had fallen below 901 feet elevation at 8:45 p.m., which meant the emergency spillway was no longer flowing. Staff said this was good news for the communities downstream and their residents, although the emergency evacuation was continuing and residents should follow the instructions of public safety officials. Acting Director Bill Croyle noted in his media briefing shortly after 10 p.m. that the lowered lake level meant erosion below the emergency spillway had stopped. DWR’s goal is to maintain the integrity of its flood control system at Oroville and continue to reduce the lake level to approximately 50 feet below current levels to make “flood space” available to accommodate predicted storms. In addition to passing on crucial information to the media, staff was able to correct misinformation that had been transmitted by a news organization international reach (BBC) that the main dam was damaged and in danger of collapse. Staff contacted the appropriate personnel, and the story was corrected. The list of media serviced by PAO staff includes the following, as well as others: the Sacramento Bee, KCBS (San Francisco), the San Francisco Chronicle, the Los Angeles Times, KFBK (Sacramento), Capital Public Radio, Fox40 (Sacramento), ABC10 (Sacramento), ABC Radio Network (New York), KUBA (Yuba City), Associated Press Radio (Washington), KNX (Los Angeles), KRON4 (San Francisco), CNN (Los Angeles), BBC (London) and Deutsche Welle (Berlin). Stories were running continuously all evening and are expected to continue Monday.

A willingness to act outside the normal protocols to get the job done wasn’t always evident at DWR during our five years at the agency, and certainly not on the night of February 12, 2017.

There will be times when the “rules” must be set aside to overcome unexpected obstacles – including the obstacles people in the chain of command can become.

Recommendations proposed by communications pros with experience to back them up can save the day, as was the case when Oroville Reservoir's dam threatened to give way and the public needed to know the truth.